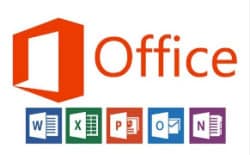 In 2011, Microsoft launched Office 365, its attempt at getting into the cloud productivity market while also competing with Google Apps. Fast forward to one year ago (circa October 2014) and Google Apps was still on top of the enterprise world, with a 16% adoption rate compared to Office 365’s paltry 7.7%.

After nearly three years of being on the market, from 2011 to 2014, Office 365 was unable to dethrone Google’s dominance of the cloud enterprise solutions sector. But what a difference 2015 has made…

In the last year, Office 365 has surged forward, passing Google Apps as the #1 cloud productivity suite at the enterprise level. Its adoption has nearly tripled, rising to 25.2% of all enterprises and edging out Google at 22.8%. Microsoft clearly has momentum in its favor: 80% of Fortune 500 companies have purchased Office 365 in the last year. The solution is, by far, Microsoft’s fastest growing commercial product in its entire 40-year history.

So why has Office 365 suddenly transitioned from playing second fiddle to becoming the dominant player? Here are our top 5 reasons why Office 365 is beating Google Apps in the enterprise space:

Microsoft went into the battle with a clear advantage: its on-premises (non-cloud) productivity applications are huge. Whether it’s Word, PowerPoint, or Excel, nearly every office desk worldwide uses at least one of these apps. Clearly, the question wasn’t about whether people would like Office 365’s productivity apps; Word, Excel, and PowerPoint are 25 years old now and, as of 2012, Office was used by over a billion people worldwide. The question was, in large part, about the cloud and its accessibility. Would security be an issue? How about deployment? Would Office 365 work on non-Windows devices? These were all questions that Microsoft needed to answer. Its ability to resolve these issues to the satisfaction of large corporations meant that the final obstacle to Office 365 adoption could be cleared away.

Google Apps, as a cloud-based alternative, faced a huge hurdle in terms of convincing people that Google Docs, Sheets, and Slides could offer the same robust functionality as their Office counterparts. The history of Office clearly worked in its favor, especially at the enterprise level.

The last year has seen the maturation of Office 365 from a few “apps with cloud functionality” to a fairly comprehensive business productivity solution. Google has a series of standalone cloud products with limited flexibility in terms of implementation — it’s 100% cloud or nothing. With Office 365, Microsoft is making significant strides in the integration of its apps across both cloud and on-premises deployments. This hybrid approach has enabled Microsoft to welcome pro-cloud enterprises while also bringing on-premises-based organizations into the fold. Many on-premises enterprises have little choice but to keep some data and services local due to compliance issues. Office 365’s hybrid approach enables them to use Office products and store data locally, while also taking advantage of Microsoft’s cloud-based services.

Years ago, everyone was sitting at a desktop PC running Windows. That reality has long since changed, as iOS and Android devices have brought new choices to global consumers. Microsoft realized this and, shrewdly, did not insist that customers use Office for Windows; rather, it made Office available to the mobile masses.

Office apps are available for iPhones, iPads, Android devices, and Mac users. This capability negated a major stumbling block to Office 365 adoption, as enterprises that used a variety of devices previously had no choice but to opt for Google Apps. Speaking of Google Apps, all of them are designed for use on a browser. As we discussed in our Mobile Adoption in SharePoint blog article, shrinking down browser-based apps so that they become device-agnostic creates an experience that doesn’t compare to the functionality of using a custom-made native OS app. Despite the technological advancement of Internet browsers, custom-made mobile OS-specific applications still have the edge in terms of functionality, aesthetics, and usability.

In regards to security and privacy concerns over the cloud, Office 365 has won the higher ground over Google Apps by a landslide. Office 365 is compliant with a slew of U.S. regulatory standards, such as HIPAA, CJIS, IRS 1075, SOC, and ISO 27001. Microsoft also guarantees that user data is only used for productivity services. Google, on the other hand, is a bit of a black sheep in the security/privacy family. Google Docs experienced a data leak in 2009, has retained user cookies for years, is suspected of collecting & aggregating user data via IP tracking, and Google lawyers have stated that Gmail users should have “no reasonable expectation” of e-mail confidentiality. The differences between Microsoft and Google on this score have had a major impact on enterprise adoption, particularly for organizations subject to federal regulatory compliance.

Microsoft is rapidly creating an all-inclusive cloud-first Office ecosystem designed to address every conceivable need for enterprises. The main approach taken by Microsoft has been cloud integration: offering apps that are highly accessible across multiple devices and that get along with each other.

Microsoft is investing a lot of money into inter-app integration on a cloud backbone, effectively creating a holistic hybrid experience. Google Apps integration, however, has never been an area fully developed by Google. Web apps can be launched from other apps, but the boundary lines between solutions remain in-place — there is no sense of cross-functionality.

In addition, Microsoft is much more aggressive in terms of developing new solutions and adding them to the Office 365 experience, such as Sway, Delve, and Graph. The Google Apps universe, on the other hand, has remained relatively unchanged. There was a brief attempt at social media innovation with Google Buzz, but it was discarded due to lack of interest. Google Plus remains a relative wasteland, with little real user participation.

All of these factors, and many more, have played a part in the rise of Office 365 over Google Apps and other cloud enterprise offerings. It will be quite interesting to see what 2016 brings as Office 365 continues its rapid and unrelenting growth.

—
Crow Canyon Systems has 16 years of experience assisting organizations in leveraging their existing infrastructure, rather than requiring new hardware & technologies. We specialize in building upon your collaboration platforms, such as SharePoint and Office 365, in order to give your Help Desk and Support Staff the tools they need to provide assistance without the need for additional infrastructure.

Want to learn more about how our solutions can transform your SharePoint experience? Give us a call at 1-888-706-0070 or contact us by e-mail at sales@crowcanyon.com