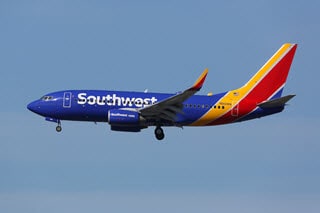 In a joint statement issued August 3, the unions said they “are frustrated with the operational failures that are impacting customers” and believe the airline is “moving in an unhealthy and unsustainable direction”. They stated that a “profit-over-people mentality has overtaken the core values” of the airline.

This follows the Southwest Summer Screwup in late July 2016, a major system-wide computer failure that caused thousands of cancelled and delayed flights – a debacle that I got caught up in, along with hundreds of thousands of other summer travelers.

An August 1 press release from one of the unions, the Southwest Airlines Pilots’ Association (SWAPA), touched on the core issue here, at least from an IT perspective: “Senior executives at Southwest Airlines have prioritized short-term stock performance at the expense of long-term investment in people and infrastructure.”

Additionally, SWAPA blamed a “critically outdated IT infrastructure” as the culprit not only for the “meltdown” this summer, but also other operational failures and chaotic scheduling during previous summers and holidays.

The bottom line here is clear. The strategy of taking “record-breaking revenue” and directing it to stock buybacks solely to increase share price, while ignoring the infrastructure that supports and sustains that revenue, is a tragically flawed approach.

An airline can freeze or limit increases in employee wages and benefits and maybe they will keep working there. The airline can make seats smaller and cram more passengers on the plane and people will keep flying, as long as the airfare is cheap. The company can serve smaller bags of peanuts, eliminate blankets and pillows, charge for early boarding, and any number of other minor inconveniences and added fees, and the passengers will still get on board and the planes will fly.

But the airline cannot sacrifice IT and expect to survive. A router does not understand “cost control” and that it is supposed to keep working even if outdated or not maintained properly. The router will not continue operating when it is overloaded. Risk is elevated when there are cut backs in redundancy. A company irresponsibly invites catastrophic failure when it cuts staff and delays upgrade and other infrastructure improvement projects just to up its stock price.

The impact is not only on the company, but also on the many customers – that is, passengers – who rely on it to get them from one place to another reliably and as on-time as possible. There is an implicit trust that the organization is doing its part to invest in up-to-date equipment that is well-maintained by a staff with the proper training and resources; that there are redundant systems in case of primary system failure; that the IT infrastructure is seen as the critical element that it is, and not as a “cost center” that needs to be cut back on to increase profits.

I am not involved in the internal politics of Southwest Airlines; I am just an occasional passenger. But I can see that the pilot’s association and the other unions make a strong case that the upper management is “misguided” when the focus is on the stock price, not the safety and reliability of the IT infrastructure.

And this is true of any company. What about yours? Is your company investing in IT infrastructure, keeping it updated, making sure staff is trained? And – this is where Crow Canyon comes into the picture – is the company buying the right software to help manage and maintain its critical IT components and assets?

Good questions to ask – before a router goes south and company operations grind to a halt.