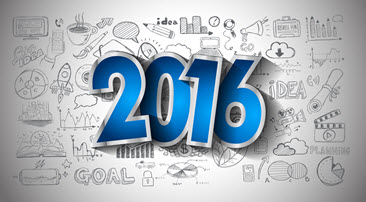 These events affirmed Microsoft’s ongoing dedication to SharePoint on-premises. This commitment was further cemented during the Microsoft Ignite conference in September; the November release of Feature Pack 1 for SharePoint Server 2016 continues this trend.

First, you may ask, “What is a feature pack?” Historically, changes to on-premises SharePoint were deployed via “service packs” designed to fix bugs and maybe introduce new features. These came out about once a year or so.

Meanwhile, in Office 365, SharePoint is updated on a continuous basis. Since Microsoft runs the Office 365 environment, new features and fixes can be deployed as soon as they are ready. Microsoft’s stated goal is to bring this quick-update capability to SharePoint 2016 on-premises deployments; thus, “Feature Packs” are made available much more often than service packs. Since SharePoint in Office 365 and SharePoint on-premises share the same code base, the new Office 365 features can be easily deployed to on-premises.

According to the Microsoft SharePoint Team, “Feature Packs allow us to accelerate delivery of cloud-first features … outside of the traditional two- to three-year release cadence.” For SharePoint 2016 shops, there is no longer a wait for a service pack every year or two. Now, new functionality is made available to on-premises customers with only minor delays.

Feature Pack 1 for SharePoint Server 2016 is now available for download and includes these features:

In the future SharePoint enthusiasts will look back to 2016 as the year when Microsoft stepped up to the SharePoint plate, allayed fears, and established an ongoing framework that guarantees the viability of SharePoint as the collaborative platform of choice. Of course time will tell if this trend continues apace, but all signs point to a robust future for Microsoft SharePoint.

Want to learn more about how our solutions can help your company engage with your customers and/or users? Give us a call at 1-925-478-3110 or contact us by e-mail at sales@crowcanyon.com