Considering NITRO Studio as your solution?
Here are a few questions answered!

Do I need SharePoint online in my Office 365 tenant to use NITRO Studio?

Yes, but the good news is that most Office 365 subscriptions include SharePoint online.

What payment methods do you accept?

We accept Visa, MasterCard, Discover, and American Express credit cards. We also can invoice and accept payment by check or electronic bank transfer, as follows:

Can I upgrade from a monthly subscription to an annual one?

If you are on a monthly plan, you can upgrade to our annual plan at any time.

What happens if we cancel? Are there any fees?

No. You can cancel at any time.The subscription will simply not renew at the end of your current subscription period and NITRO features will no longer be available. However, the SharePoint site, lists, and data will remain. For example, if you have a NITRO Form on a SharePoint list, the NITRO Form will not work once the subscription has ended, but all the data and items in the list will not be affected.

NITRO Studio is licensed as a monthly or annual subscription. It can be licensed for use in the full Tenant or Farm, or at site and site collection levels. The subscription provides rolling upgrades and support for the Studio’s apps. Customization and configuration services, as well as training, are available for an extra cost.

Is my data safe?

Yes. Since all of your data is stored within your Office 365 tenancy (or SharePoint 2013/2016/2019 farm), it is subject to the same security criteria as the rest of your tenancy (or farm).

Where is NITRO Studio installed?

In Office 365, NITRO Studio is installed in your App Catalog in Tenant.

Who owns my data?

You do. Crow Canyon does not store any SharePoint data on its servers. All of your data is stored on your tenant or in your farm.

How can I purchase training?

We describe two options on our pricing page. If you need additional options, please reach out to Crow Canyon Software through the contact page.

Do I need a Microsoft Azure account to use NITRO Studio?

No. You do not need an Azure account to use NITRO Studio.

What is included in training?

Our goal is to give you the ability to use NITRO Studio to create your own great applications. We show you how to use the NITRO forms, workflows, portals, reporting, and more.

Foundation and Advanced training are described on our pricing page.

What versions of SharePoint does NITRO Studio run on?

Where is my data stored?

In Office 365, we have services on Azure that will read and process information from your site, but no information is stored on our Azure servers. Crow Canyon has SSL encryption on Azure to meet compliance standards. We can provide more detailed security information upon request.

The Microsoft Office 365 version has Microsoft Teams Integration, Bot Services, and Modern UI web parts. These are features that are possible in Office 365, but not in SharePoint on-premises.

The SharePoint on-premises versions are installed entirely within the SharePoint farm (no calls to external services such as Microsoft Azure). The Microsoft Office 365 version interacts with Azure (since all functionality is already in the O365 cloud).

Other than those differences, the two versions are on par as much as possible. Both receive regular updates and support.

“Our demands were high and Crow Canyon’s NITRO Studio met and exceeded all our requirements and provided an exceptional solution to replacing InfoPath at a very low cost.”

“By deploying Crow Canyon’s Onboarding Business Application, combined with the exceptional training and support provided to us, we have created an advanced workflow solution within our SharePoint platform that meets all the needs for our onboarding/offboarding process. This has saved us time, resources and eliminated the potential for error and frustration, that was a huge part of our manual process. We can now easily and efficiently bring on a new employee and get them up and running smoothly and quickly, while securing sensitive data during the offboarding process.” 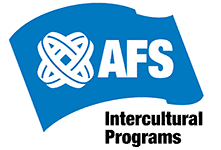